LOVELOUD Fest is a music event bringing communities and families together to help ignite the vital conversation about what it means to unconditionally love our LGBTQ+ youth. Founded in 2017 by Dan Reynolds, the first LOVELOUD Fest sold out attracting more than 17,000 people to Brent Brown Ballpark in Utah County. Over 150 speakers and singers appeared before an exuberant crowd during the 6 hour event concluding with a performance by Imagine Dragons. A documentary of the festival’s origins and impact titled Believer was produced by Live Nation and presented by HBO. It premiered at the prestigious Sundance Film Festival with subsequent screenings at the Las Vegas MGM Grand and OUTFest in Hollywood. The second LOVELOUD Fest was produced in 2018 at Salt Lake City’s Eccles Stadium. It raised over $1 million for charities working to end LGBTQ+ youth suicide.

Barb Young, festival producer and LOVELOUD board member, and I recruited performance talent for the LOVELOUD Choir from all over Utah with the addition of members of the Gay Men’s Chorus of Los Angeles.

Some of the choruses represented from Utah were Once Voice, Just PPL, Utah Valley University Chorale, BYU Singers, BYU Young Ambassadors, and The Mormon Tabernacle Choir. Other LGBTQ+ community and allies also sang in the LOVELOUD Choir.

LOVELOUD came together at such intense speed that we were creating the supporting infrastructure as needs arose in real-time. When I realized the talent Barb and I were recruiting needed consistent up-to-date information I made web pages for them. It was far easier to give the approximately 150 people a link and then remind them to check for updates instead of addressing each of them individually through email or text messages.

Barb Young contacted me about 4 weeks before the LOVELOUD Festival to recruit members of the Gay Men’s Chorus of Los Angeles to sing. Within a day, she also asked me to work with Neon Trees frontman Tyler Glenn to produce an arrangement of Carol Lynn Pearson’s children’s hymn “I’ll Walk With You” to be performed by Tyler along with Dan Reynolds and the LOVELOUD Choir. I was able to turn around a written arrangement within a couple days and then produce an audio track and rehearsal track within a week.

This song is ingrained into every LDS kid’s head from a young age. They believe that song by heart. Most people do not likely know the reason it was written. Its message was cloaked by images of physically and mentally challenged children, anyone who speaks differently, or has a skin tone different than one’s own. Carol Lynn Pearson explained her lyrics were written “for GAY kids who would eventually awake to their gayness within the dogma of the LDS religion.”

The performance happened early on in the festival, setting the tone. It became a highlight and probably one of the most impactful moments of LOVELOUD. 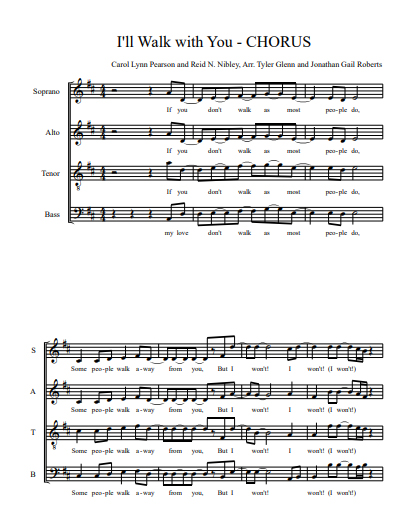 Glee featured Imagine Dragons’ “It’s Time” in 2012 during an episode in which gay character Blaine sings it to his boyfriend Kurt. Dan Reynolds started receiving letters from gay fans. They wrote him to praise the song but also to say his Mormon upbringing probably meant he doesn’t accept their sexual orientation.

“That was devastating and it broke my heart to get letters like that,” said Dan.

This was the beginning of Dan’s thoughts on how to show people that regardless of their sexual orientation or gender identity they are worthy. Five years later, the result was LOVELOUD.

Dan asked me to arrange back up vocals for “It’s Time” and invited the LOVELOUD Choir along with various performers and presenters to sing with him and Imagine Dragons on stage for the festival’s finale. 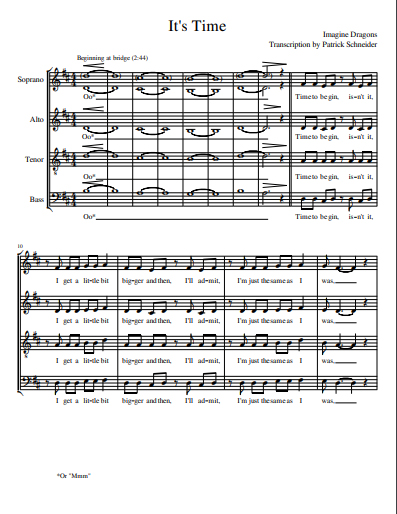 I ended up conducting the LOVELOUD Choir to help inspire their energy and enthusiasm. Here is our live performance of “I’ll Walk With You.”

Initially, ticket sales were very slow. Utah culture is famously conservative. Many residents follow the tenets and leaders of the LDS Church. Attending the festival could have made them appear as if they were disobeying their religious leaders. LOVELOUD board members, producers, and Dan Reynolds personally made phone calls and sent emails to top church leaders asking for their support.

I have a personal relationship with Elder Ronald A. Rasband, a member of the Quorum of the Twelve Apostles (top ranking leadership in the church). I served an LDS mission under his leadership in 1996-1998. I called him about my involvement in LOVELOUD and explained my contributions as well as my motivations from being gay and also losing my sister to suicide in 2011. He was personally supportive but could not endorse the festival representing the church. I believe his conversations with the other Apostles were influential in getting their support.

The LDS Church released a statement just 10 days before the 2017 LOVELOUD event, supporting the effort “to foster a community of inclusion in which no one is mistreated because of who they are or what they believe.”

Suddenly ticket sales surged and sold out within days. 17,000 people came to the venue. Thousands more were turned away and many lined the perimeter fencing just to watch. There were no protesters outside the gates. There would be no surprises about why people were attending. They knew. They were “all in” to express love to the LGBTQ community within Utah. For over 6 hours, more than 120 performers and speakers shared messages and music focused on inspiring LGBTQ youth and rallying the community around them.

Believer takes its title from an Imagine Dragons song and features Dan Reynolds’ journey into championing LGBTQ+ acceptance in Utah and the LDS faith. His own questions lead through encounters with close friend Tyler Glenn (Neon Trees), LDS LGBTQ+ youth and adults, and those affected by suicide loss. At the story’s center is the creation and promotion of LOVELOUD.

I am featured in the documentary at the LOVELOUD Festival (performance and interview) and was a panelist for the screening at HBO in Los Angeles. 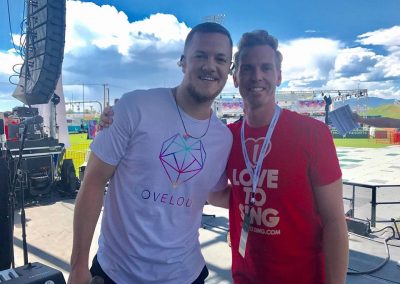 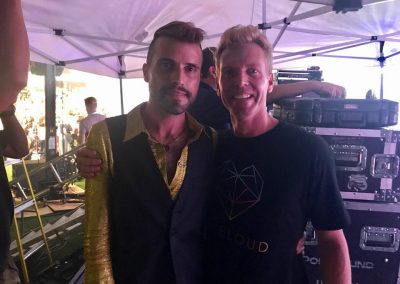 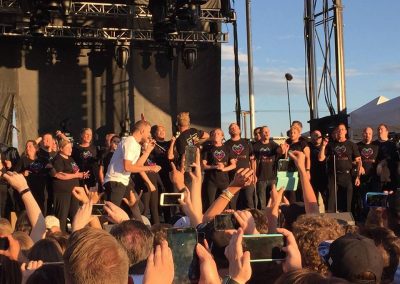 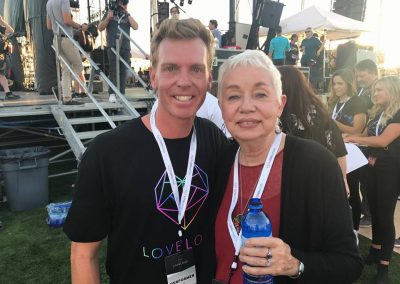 with Carol Lynn Pearson, composer of “I’ll Walk With You” 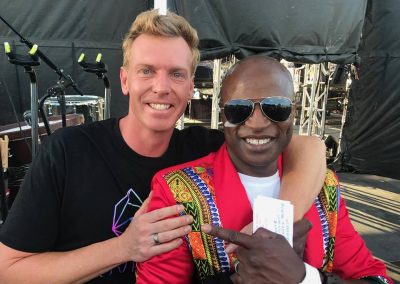 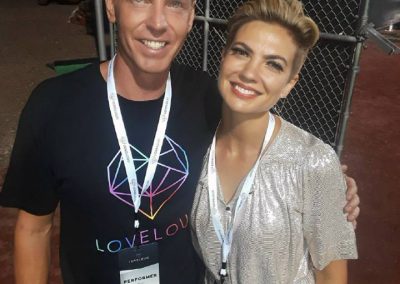 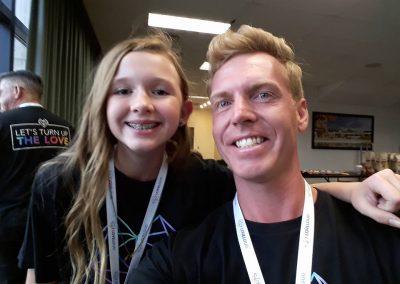 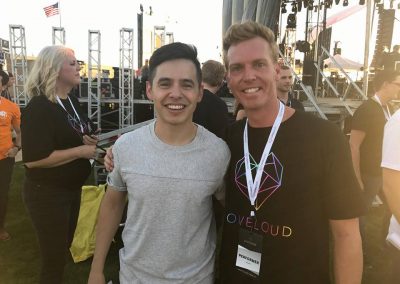